This website is an introduction to the study of social services and the welfare state. In general terms, it looks at the idea of social welfare, and its relationship to politics and society. More specifically, it also considers:

This site is a free, educational resource outlining the main issues.

The name of 'social policy' is used to refer to the policies which governments use for welfare and social protection, to the ways in which welfare is developed in a society, and to the academic study of the subject. In the first sense, social policy is particularly concerned with social services and the welfare state. In the second, broader sense, it stands for a range of issues extending far beyond the actions of government - the means by which welfare is promoted, and the social and economic conditions which shape the development of welfare.

The politics of welfare

This section looks at contrasting ideas about politics and welfare, including the role of government and public action.  The second part looks at the influence of key values, such as individualism, freedom, rights and religious values.

This section is concerned with the provision of welfare in different countries.

Social policy draws on sociology to explain the social context of welfare provision. If we are trying to improve people's welfare, it is helpful to try to understand something about the way that people are, and how welfare policies relate to their situation. Some writers have gone further, arguing that because welfare takes place in a social context, it can only be understood in that context.

The way people live is social, and some aspects of social policy regulate the ways that people relate to each other.  There are rules affecting birth, marriage, death, and many things in between.   This section considers some difficult and contentious issues.

Social Policy is an applied subject; it was developed to meet the needs of people who would be working in the public services. Social administration is the area of the field concerned with the practicalities of service organisation and delivery. In the US, it is dealt with as 'public policy' or 'policy analysis'.

The idea of need refers at times to problems, at other times to the responses that services might make; for practical purposes, a need is a claim for service.  This section looks at some of the main categories of need that lead people to  rely on social service provision.

Poverty has often been described in terms of low income and resources, but this does not capture the huge range of issues which it touches.  'Poverty' may refer to material conditions - needing goods and services, multiple deprivation, or a low standard of living; economic position - low income, limited resources, inequality or low social class; and the social position of the poor, through lack of entitlement, dependency or social exclusion.

Several pages on this website deal more specifically with the social services  -  systems  of organisation that deal with essential needs for health care, housing, education, social work and financial support. 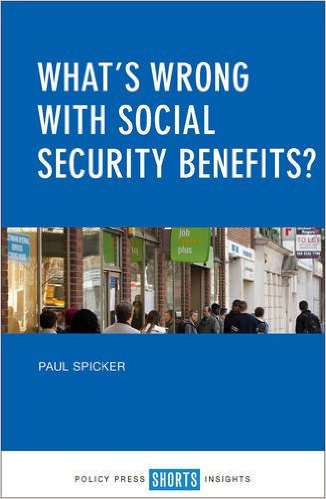 The 'welfare state' in Britain was intended to put welfare provision on a new footing, breaking away from its past.  This section outlines the structures that have developed since.


Social services in the UK

Information about this site.

Some advice about studying social policy, and where to find other material.